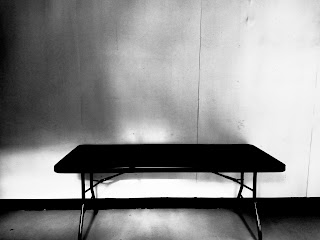 One can never get that Freedom anywhere. One cannot just ask for it from others. It can never come from anybody either.

Freedom comes from within us. It is us ourselves who will give it to ourselves. We are the ones who will have to give ourselves that permission to be Free.

I remember the time when there was a discussion about wanting to have a permission to do a certain task. A consent is needed to be able to do such a thing. But, it was not allowed, simply because it is against the rules of the house and one is not yet ready for such a task.

So, to attain that Freedom he was thinking of, this person went away. Assuming that he knew the word Freedom, he went out to do what he wanted.

After quite sometime, this person just seem to notice that the rules being set in the house is just similar to where he is at the present. Anywhere he goes, it is all the same. So, where is that question of freedom now?

What that person thought about the word Freedom is wrong. He is just being stubborn. What he did was not to fight for his freedom but to show he knows better than what is set in the house to where he came from, even he is not.

FREEDOM is something that is much deeper than that.

" It is the right to do what is right. It is pushing oneself toward a goal that gives a good outcome. It is doing what the heart desires that does not defy the Laws of Nature. Freedom is doing what one wants without jeopardizing another."

If it damages another right, then, it is not freedom. It is Selfishness!

This is one example of Freedom misunderstood.

The next time you think you are being put down because you are not allowed, check first if your freedom is really being in question here. Maybe you just need to understand the realities of life first.

How to Start Blogging with a "Heart in It": Mics' Saturday Post